‘Hey, Lagosian, IDPs are your neighbours, you just don’t know’

This was one of the many revelations at the Journalists For Christ (JFC) One-Day Consultative/Media Parley on Advancing IDP Issues held at Ogba, Lagos, Nigeria on Tuesday, December 21, 2021 with the support of the World Association for Christian Communication (WACC) and Brot fur die Welt.

Chinagorom Okoro, one of the resource persons at the parley, made it known while speaking that one of the biggest challenges with aiding IDPs is that many people don’t know they’re in Lagos as they believe they’re just in the north where bandits and terrorists are displacing them through their nefarious activities.

Where are they, she disclosed that Lagosians ask when they’re told of their Lagos existence.

They’re your neighbours, you just don’t know, was her response through the parley.

She added that some of them are into odd jobs and petty trading in Lagos to survive and that when some Lagosians are indeed convinced that some people are indeed IDPs from the north, they still don’t trust them to take them in and give them jobs.

JFC, WACC partner to advance rights and welfare of IDPs in Nigeria

Popular posts from this blog 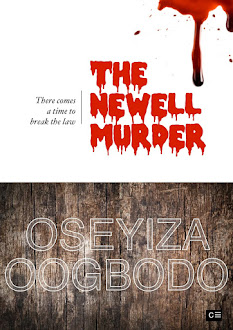 This eBook, and others by Oseyiza Oogbodo are available exclusively on Amazon ... click image to purchase your copy